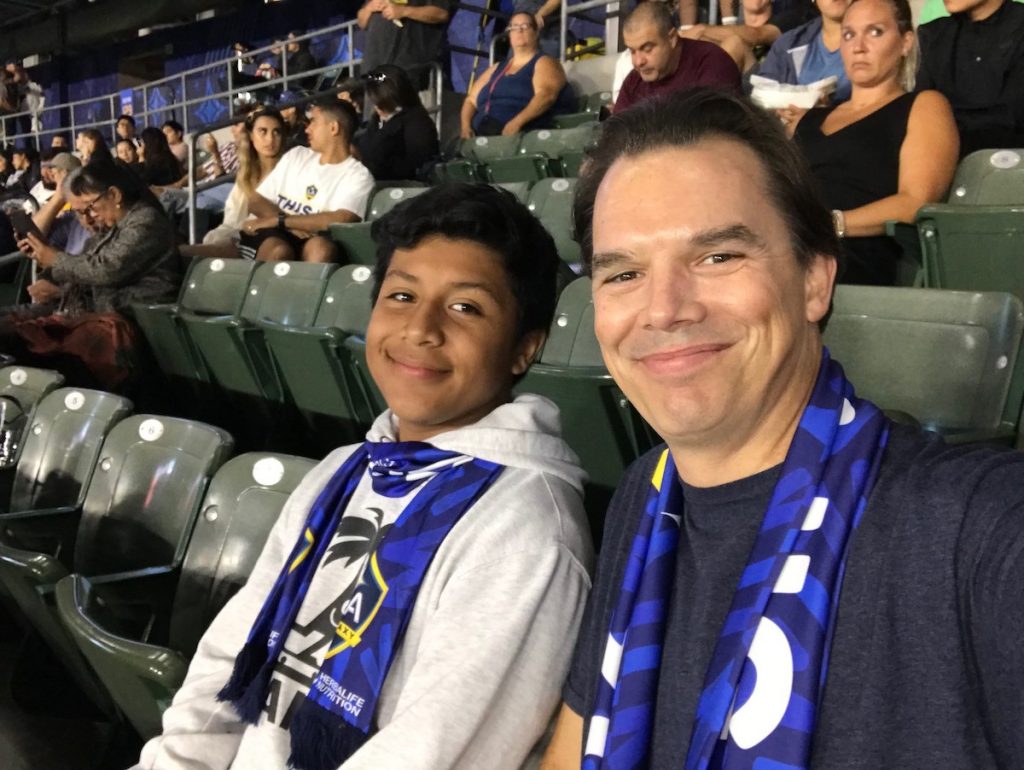 Alrick watched his mother battle breast cancer while in his late 20s, and then went on to watch her lose another battle with cancer nearly a decade later. When he saw a report about Walk With Sally on Spectrum News, he immediately knew this was a way he could be there for someone else, a child, who might be experiencing some of his same feelings.  Becoming a mentor would be a great way to honor his mother and keep her legacy of helping others alive. Alrick contacted Walk With Sally that day and by the next weekend, he was trained to become a mentor.

Fast forward just a couple months later and Alrick was sitting across the table from 13-year-old Bryan, and his mom, Ruth, who just so happens to be in the midst of fighting breast cancer herself.  Lucia, a member of Walk With Sally’s Program Team, was there to help ease the discomfort and provide support as they began their friendship, but that wasn’t really needed. Bryan & Alrick were both there for the same reasons, they wanted connection in spite of cancer.

As a young teenager, Bryan has already seen a lot of death in his family due to cancer and is hopeful, but scared while watching his mom battle breast cancer. As you might guess, there have been a myriad of emotions and he’s excited about the opportunity to connect with someone who has been through a similar journey, someone to share his feelings with.

While they haven’t broached the “C” word just yet during the first few months of their friendship, Alrick knows that “[consistently showing up for him] has helped build trust and a solid bond early in their friendship.” These two have become familiar faces within the Walk With Sally community, attending Friendship Activities like Surf Day, and taking advantage of Partner Activities at Universal Studios, FabFitFun, and LA Galaxy games.  In fact, this community has given Bryan opportunities to try things he’s never done before, like challenge Alrick to run up the stairs at Universal Studios.  And, in case you’re wondering, Bryan won.

In spite of the tremendous impact breast cancer has had on both of these individuals, they have found a connection with each other through Walk With Sally.  While they might not be talking about it just yet, they are both at ease knowing the other understands where they’ve been – they’ve found their community of support despite what breast cancer has thrown their way.

If you would like to honor someone who has been impacted by breast cancer, please consider making a donation to Walk With Sally in their name. You can help give hope to kids like Bryan who have been impacted by cancer.